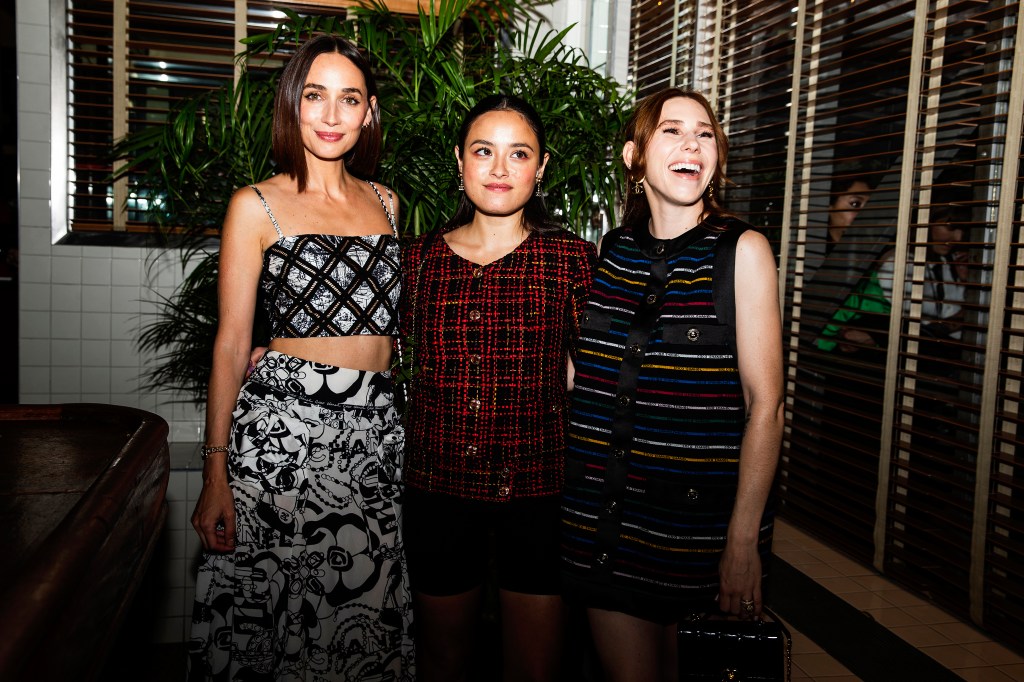 The Chanel crowd is back at the Tribeca Film Festival, which moved from April to June in light of the pandemic, and is back in full swing in person this year.

The long-standing partnership between Chanel and Tribeca Film typically includes lunch and dinner, attracting filmmakers and artists from the festival, as well as young stars and avant-garde actors who are all more than happy to have a meal in eating tweed fries.

The “Flight Attendant” actress, a staple at Chanel Tribeca events, said she was thrilled to be back at the festival.

“I was at the Tribeca Welcome Luncheon yesterday and was saying it was like a wedding, a kids birthday party and a bar mitzvah all rolled into one. Everyone was bouncing,” she said “There’s something I’ve always really loved about this particular festival. It’s so much my hometown, it’s so New York, it’s such a celebration of artists, art and people. creators. I literally met five people yesterday on the street – it’s New York at its best. And it’s doubled because everyone is like ‘we’re together! We’re here! So it seems really festive in the most beautiful way.

Boynton, who is a juror for International Narrative Feature, was also thrilled to attend her first Tribeca in person.

“My first experience with [Tribeca] was on Zoom,” she said. “Doing these zooms with all these women was so inspiring, so I can’t imagine what it will be like in person.”

Being on the jury involves “a week of sitting in a dark cinema watching movies all day, which is my idea of ​​heaven,” she said. “So I’m really looking forward to it.”

Lunch was a sit-and-go affair, as guests grabbed miniature French bistro dishes that passed them on silver trays. Tribeca CEO and Co-Founder Jane Rosenthal and Chief Content Officer Paula Weinstein greeted the crowd and announced that the eighth annual Through Her Lens, sponsored by Chanel, will take place this fall.

“Who knew normality could seem so extraordinary?” Rosenthal said he was back at lunch. “Just doing what you normally do is so special. You can’t take normality for granted.