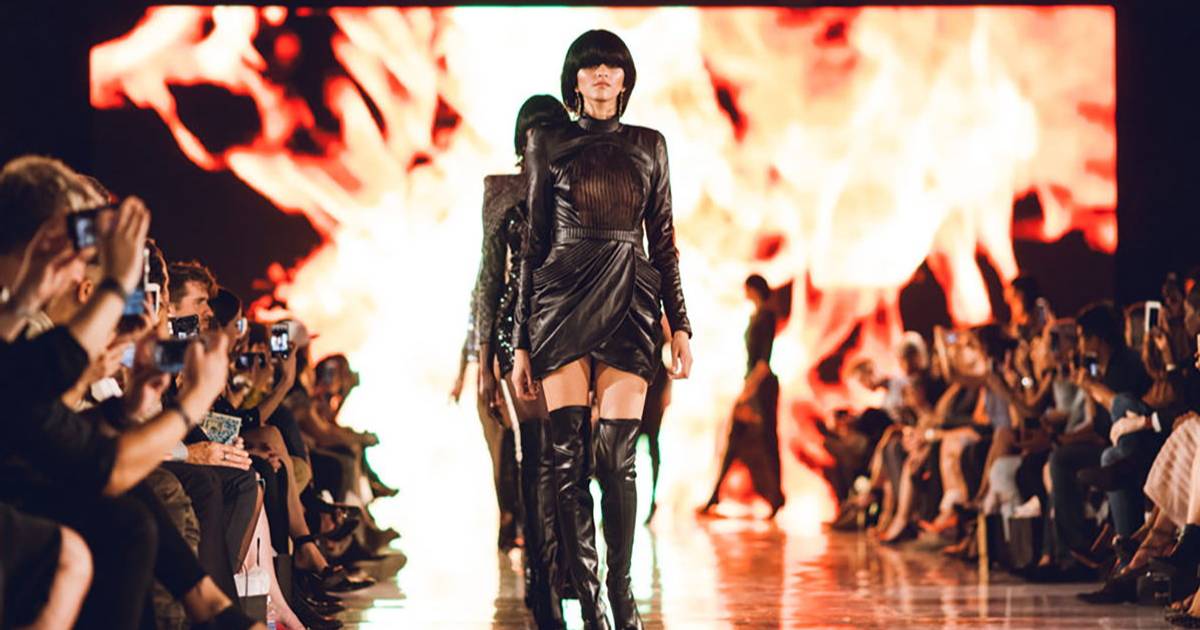 Los Angeles Fashion Week is back and kicks off tonight with a gala at the Petersen Automotive Museum. This year’s list of designers and brands includes Andrew James, Perry Jones, Puey, MM Milano, Ron Tomson, Femgraphy, Humans, Bless By Bless, Jimmy Paul and Demobaza. As Los Angeles struggles to emerge from the pandemic, LA Fashion Week takes on a special place this year as the event focuses on emerging talent. Los Angeles is arguably America’s second fashion capital, home to many fashion designers and Hollywood’s top fashion designers. Additionally, it has also become a great city for major fashion shows, with Gucci and Amiri recently holding shows there. ## Sustainability will be at the forefront of LAFW With the event officially kicking off tonight, what are we expecting from this iteration of LAFW? For starters, designers will take a more sustainable approach to collections. With sustainability being the buzzword in the fashion industry, designers should be watched closely to stay eco-friendly. Some are already on target with this front. MM Milano, an emerging sustainable brand from Italy and Germany, is one such brand.

Chief designer and founder of the brand, Chona Bacacao, combines traditional practices and natural organic materials from local Filipino handloom communities with individual modern designs from Italy. This season, she is making her debut at Los Angeles Fashion Week. Contemporary designer Andrew James is also known for his sustainable fashion and eco-friendly designs.

A major goal for many designers at LA Fashion Week is to attract more buyers. As a result, more commercial parts are expected. Wearability is a bigger goal for the Los Angeles market, where much of brand building centers around its presentation to celebrities and the red carpet. Unlike New York Fashion Week, where pieces are more edgy with hopes of editorial placement, designers at LA Fashion Week take a more commercial approach to design.

As Los Angeles Fashion Week strives to position itself as a fashion capital, this season a rise in social media influencers and stylists is also expected. The relationship between fashion and social media has been around for a long time since the birth of Instagram influencers and cemented with the rise of TikTok stars.

The fashion industry’s affinity with Los Angeles has slowly grown. It started with the growing attention to celebrity stylists in the mid-2000s when stylist Rachel Zoe’s Bravo series, The Rachel Zoe Project, became a smash hit for the network. Many famous designers then began to migrate to Los Angeles, and fashion followed suit as well. Saint Laurent and Gucci recently hosted parties for the recent Academy Awards.

In addition to sustainability, the focus will also be on ethical production. Troy Sylvestor, the founder of Humans, uses only ethical production to produce his clothes. Everything is sewn, dyed and embroidered by hand in Los Angeles. They also pay adults decent wages, refuse to profit from child labor and try to take a sustainable approach to fashion.

Sustainability is set to reign supreme during Los Angeles Fashion Week. As Los Angeles vies for its place on the global fashion scene in hopes of joining the ranks of New York, London, Milan and Paris, sustainability could be the key to getting there.

Late Oscar for Smith overshadowed by altercation | Way of life