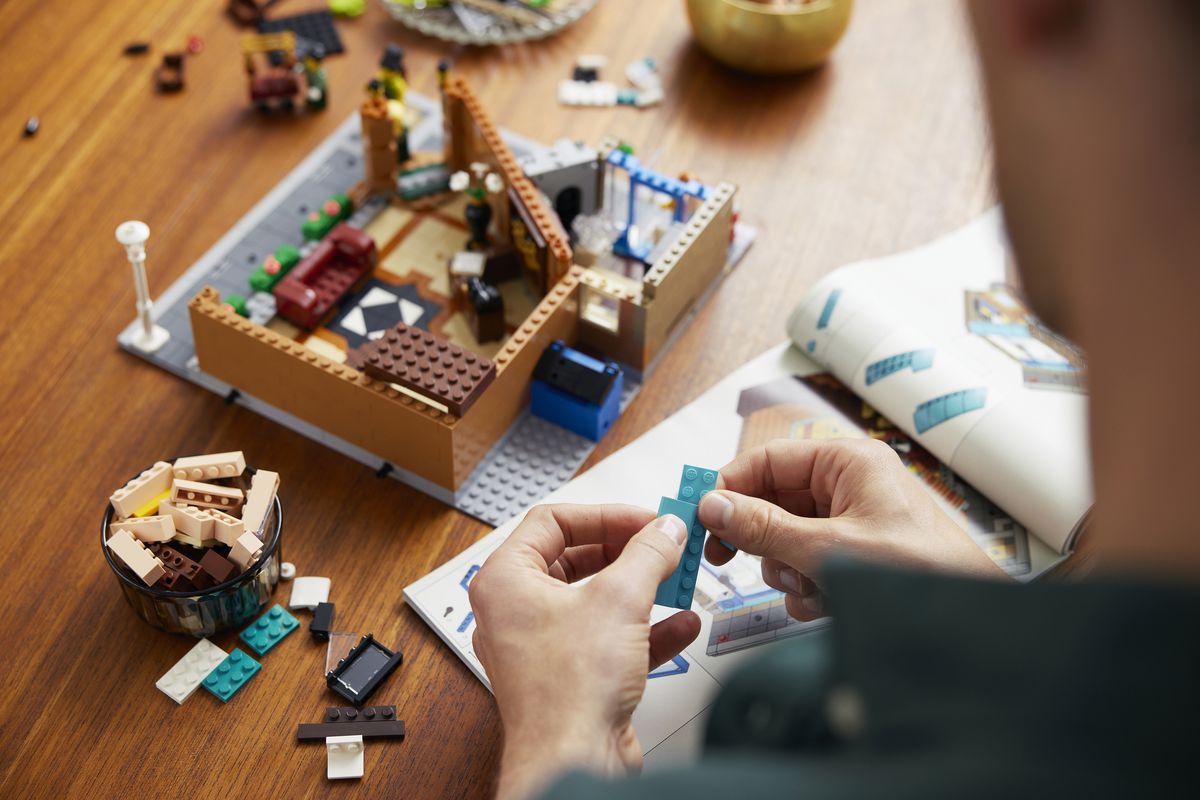 Being cooped up at home during the early days of the pandemic, doing everything they could to avoid scrolling through the day, many people started exploring lo-fi ways to pass the time. In some homes, that meant feeding a sourdough starter. In others, puzzle pieces have invaded the kitchen table. And then there were those who reconnected with their childhood love for Lego.

The Danish brand, which started making wooden toys in 1932 and introduced its plastic bricks in the 1950s, has risen to the occasion with an ever-growing range of sets aimed at adult builders. Its latest options focus on expert builds that span everything from design and homewares to fashion and travel, helping fans expand their lifestyle interests into another creative and often meditative pursuit.

Car aficionados can line their shelves with Ford Mustangs, Fiats, double-decker buses and James Bond’s Aston Martin. For the plant parent, there are sets of succulents, birds of paradise, and orchids. Fashionistas can try their hand at building the Superstar sneaker from Adidas. There is an ever-growing skyline of architectural landmarks such as the Santiago Bernabéu stadium in Madrid and the Colosseum in Rome, as well as an original and imaginary city, which consists of interlocking sets like a town square and a boutique hotel – with a gallery in the lobby. Ranging in size from a few hundred to several thousand pieces, these adult sets feature very grown-up price tags, with some scratching the four-figure mark.

This growing library has led to a 27% increase in revenue in 2021, and Lego wants to keep that momentum going. For its 90th anniversary this year, The Lego Group is releasing more than 245 sets in the first half of 2022, the most it has ever released during this period.

Make no mistake, Lego has always had a huge following of adult fans. Known as AFOL, short for “Adult Lego Fans”, they are a community that has grown far beyond the brand’s control, hosting their own local get-togethers and global conferences, such as the annual BrickCon. in Seattle where builders present their original creations to their peers and admirers. Some AFOLs are celebrities, like musician Ed Sheeran, who celebrated a No. 1 album by buying himself the Star Wars Death Star set.

After tackling too many puzzles during shutdowns, 30-something public relations pro Charley Varanelli decided to give Lego a try when a friend shared her set on Instagram. She chose a bonsai tree with pink petals, which she built on a rainy day. “I wanted to do something other than watch TV that has that creative element. It puts everything in a box for you, and you still have that creative feeling of building and finishing something,” she says, adding that this particular set appealed to her love of flowers.

“The invitation has always been there for everyone to build,” says Raquel Faria, Marketing Manager at Lego Group Canada. Original Lego consumer designs often inform product development through Lego Ideas, a website where builders can upload their original designs for fellow fans to vote on. Once a design receives 10,000 votes, the Lego Group re-examines its potential development, as it did with the Alone at home and yellow submarine sets. “It’s just a wonderful way to bring the community into co-creation,” says Faria.

Where many newer adult Lego fans differ from their hard-core AFOL counterparts is in their intention to use Lego sets as a meditative and methodical means of escaping reality, rather than building blocks for an inventive and original creation. In the Lego Play Well study, an online survey conducted between May and June 2020, 77% of Canadian adult respondents said playing helped them relax and unwind, with 75% saying it relieved them of chores and daily worries. .

“Maybe adults just want something to sit and relax on, and something like the art sets, where you just put the small plates down one by one, is very relaxing. [and] takes time,” says Chris Perron, who moved from Edmonton to Denmark to work as a designer with The Lego Group in 2016. When creating a set for adults, he says consideration goes to the offering an end product that is cool to display, as opposed to a set that a child would want to hold and play with. Varanelli’s small bonsai takes pride of place on a living room shelf next to books, candles and real plants.

Interest is also aroused by the often complex functionality of more elaborate sets. Take the 1989 Batmobile, a replica of Tim Burton’s iconic movie car, which Perron helped design. It incorporates features like steering, an opening canopy, and small guns that shoot out of the body of the vehicle, just like in the movie. “It has some of those features, but they’re more to show off to your friends,” says Perron.

For many adults, rediscovering Lego also allows them to share moments with their children. Kirk Dunkley’s lifelong love of Lego has grown into an activity he enjoys with his five-year-old daughter. “She likes to play with them like a little dollhouse,” he says. Calgary-based artist-turned-entrepreneur who trades bitcoin, Dunkley also plays solo with Lego, favoring collectible models and intricate pirate ships. “It’s an activity that takes me back to being a child sitting on the floor in my bedroom playing with Legos – and the peaceful state I had as a child,” he says.

Register for The Globe Arts & Lifestyle Newsletters for more news, features and advice delivered to your inbox.