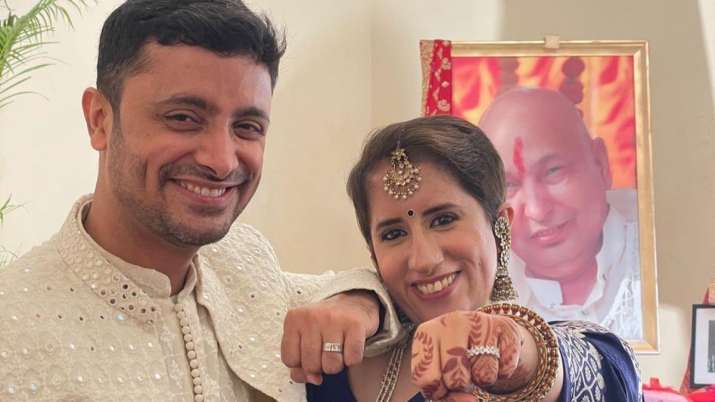 Producer Guneet Monga announced her engagement to fashion entrepreneur Sunny Kapoor on Monday. The producer took to Instagram and shared photos from the engagement ceremony, which was held at a historic hotel in Delhi. “”Sometimes the wrong train takes you to the right station”. And that’s where I found Sunny, my companion in our journey ahead for life. Feel the blessings of mom and dad by wearing this saree that mom wore on her engagement day. #Engaged #GunSung,” the 38-year-old producer wrote.

Monga also served as executive producer for the documentary “Period. End of Sentence,” which won the Oscar for Best Documentary Short in 2019.