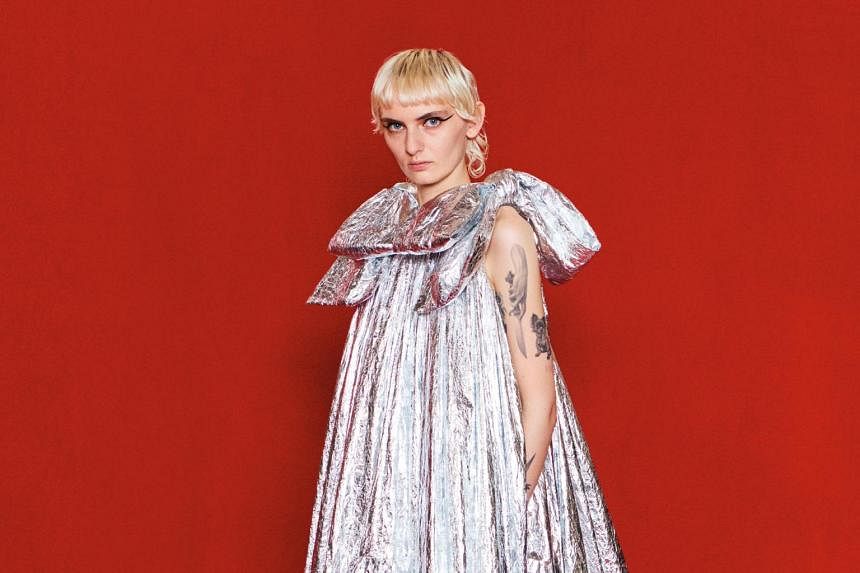 This article first appeared in Harper’s Bazaar Singapore, the fashion leader on the best in style, beauty, design, travel and the arts. Go to harpersbazaar.com.sg and follow @harpersbazaarsg on Instagram; harpersbazaarsingapore on Facebook. The April 2022 issue is now available on newsstands.

SINGAPORE — In this age of information overload and product oversaturation, great clothes are just the starting point for designers who really want to stand out.

To make a real, resonant impact – not just commercially, but culturally as well – designers must produce work that is imbued not only with intelligence, but also with heart.

Some do it by turning sleeping beauties and dusty brands into the most exciting and watched names in the industry – like Daniel Roseberry at Schiaparelli and Casey Cadwallader at Mugler.

Others pervade all aspects of culture convincingly, like Demna Gvasalia at Balenciaga. And then there are those who are building a luxury brand like no other – think Jonathan Anderson and his idiosyncratic, soulful Loewe.

Over the past year, Demna has demonstrated a simply astounding breadth of vision.

First, the Georgian designer conquered the highest echelons of fashion with a spectacular haute couture revival from Balenciaga. Its follow-up, however, was as accessible as it gets: a collaboration with American rapper Kanye West’s Yeezy and fast fashion label Gap.

It has successfully tapped into the lucrative and sizable gaming community – first with a virtual reality game to showcase its fall 2021 collection, then with a partnership with online video game Fortnite, through which both virtual and physics were launched.

Less than a month later, Gvasalia was shaking up the traditional fashion show and winning Paris Fashion Week thanks to a partnership with one of pop culture’s biggest and most enduring brands, the animated series The Simpsons.

As disparate as all of these companies seem on paper, in Gvasalia’s vision they are all cohesive parts of a larger project.

As he told The New York Times, “My mission is to give people the best ingredients possible to create their own character and have fun with it. That’s fashion.”

Like Gvasalia, Anderson is building a 360 degree brand. His approach is to put craftsmanship at the heart of every business he does at Loewe.

That’s why the brand can convincingly move from collaborations with the estates of textile designers William Morris and CFA Voysey to partnerships with Japanese animated film studios like Studio Ghibli.