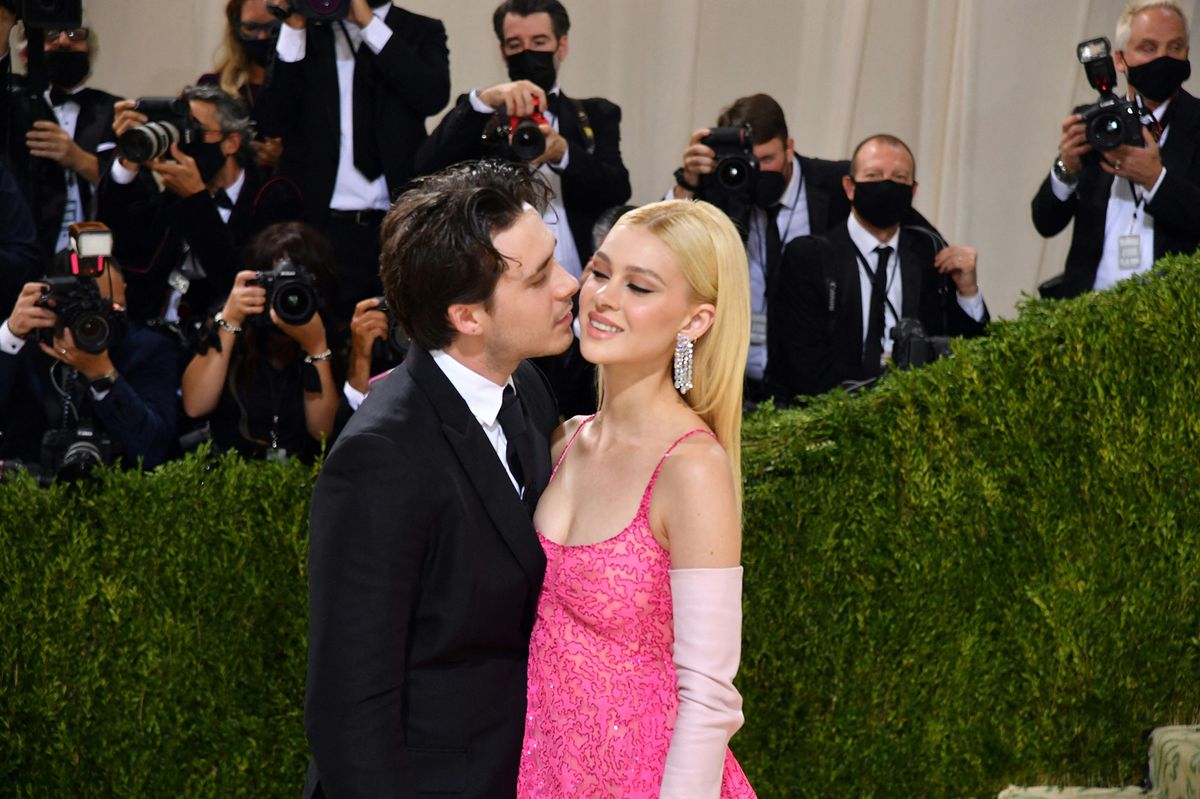 The golden child of two of the most notable personalities of the 90s, Brooklyn Beckham, has grown up. The 23-year-old model-photographer slash married 27-year-old actress Nicola Peltz yesterday. The Jewish ceremony took place at Peltz’s family estate in Palm Beach, Florida.

From fashion to beauty and even decor, we’re breaking down everything about this 90s wedding.

Does Nicola’s dress look familiar to you? If so, it’s likely because it followed one of the biggest 90s bridal trends worn by celebrities like Iman and Carolyn Bessette-Kennedy. A custom piece from Valentino Haute Couture, the beautiful, minimalist dress featured a virtually endless train that was paired with gloves and Versace’s coveted platform pumps.

#2 Her bridal beauty was inspired by the 90s supermodel

In an exclusive given to Vogue magazineit was revealed that her entire bridal beauty look was inspired by the 90s supermodel. Chanel makeup artist Kate Lee revealed, “We went for a very fresh and natural look – barely there but with some interesting details that will show through under the veil. Her hair was also inspired by Claudia Schiffer’s half-up, half-down style.

Bride and groom have their own wedding trends too! Brooklyn Beckham turned to the genius of family friend Kim Jones to craft his one-of-a-kind wedding suit, and Jones didn’t fail to do so. A simple yet modern piece, the Dior ensemble was tied with a dangling silver chain and paired with sleek shoes, somewhat reminiscent of her father’s all-white ensemble for his own nuptials in 1999.

#4 Spooky and sporty spices were present

Mel B and Mel C were all in on it as they watched the couple walk down the aisle! The two Spice Girls members threw their support behind Posh’s son and his new in-laws, partially reuniting the girl group for the first time in a long time.

Get the latest lifestyle news delivered to your inbox

Revealed: A Celebrity Lifestyle Coach Shares How To Use Star Anise For The Flu, Indigestion, And More